Villa Grieg is an amazing summer house located in Bergen, Norway, designed in 2017 by Saunders Architecture.

The setting for Villa Grieg could hardly be more seductive or enticing. The house sits upon the brow of a hill, overlooking the waters of Lake Nordås and its collection of small islands. Situated around fifteen minutes drive to the south of the city of Bergen, the neighbourhood has a semi-rural and almost bucolic quality, which comes partly from the wealth of woods and trees, but also the open views of a unique and picturesque landscape where hills and coastal inlets combine.

The design of the house itself, for Alexander and Tonje Grieg, makes the most of this engaging, open vista. Todd Saunders describes the house as a kind of ‘view finder’ with the main living spaces looking out across water, while the side elevations are more protected and relatively enclosed, helping to sharpen the focus upon Lake Nordås itself. No wonder, perhaps, that the neighbourhood is known as ‘Paradis’.

Alexander Grieg and his family have a long standing connection with the area, stretching back to the 1880s, when Alex’s great, great, great grandfather’s cousin, the composer Edvard Grieg, commissioned the architect Schak Bull to design a summer house here for himself and his wife, soprano Nina Hagerup. Fusing references from Swiss chalets and Long Island beach houses, as well as Nordic vernacular, the house was christened ‘Troldhaugen’, or ‘Troll Hill’. Now open to the public, Troldhaugen sits next to the shore and just down the hill from Villa Grieg.

There is a pleasing synergy in the fact that the new house designed by Todd Saunders was also commissioned by a musician and his family. Alexander Grieg wanted to build a unique home for himself, his wife and teenage daughter, while also including an integrated recording studio. As such, the project is a live-work space with a subtle sense of separation between these two different realms.

From the beginning, Grieg was determined to build a truly contemporary and dynamic 21st century house. A long admirer of modern architecture, he began
researching suitable architects for the project and, having noted the practice’s work, was delighted to find that Saunders Architecture is based in Bergen. There was a mutual understanding between architect and client, based on the
realisation that Villa Grieg is a ‘forever’ house and that time was a valuable tool for both in achieving the best possible outcome for the project.

Saunders had just finished working on his own house, Villa S, where he had begun experimenting with a number of successful ideas and design solutions that fed into the design process for Villa Grieg. These included the idea of elevating the main family spaces to enhance connections with the view, a fluid and open plan living area and a useful sense of separation between these more ‘communal’ parts of the house and spaces devoted to work or study.

As well as the pared down programme for the house and studio requested by the Griegs, the other great driver for the project was, of course, the site itself. On the one hand, there was a need to protect the existing setting and the trees already in residence upon the hillside, while on the other there was the need to orientate the
most important spaces in the house towards the open views of Lake Nordås.

The only space on the ground floor of the villa, apart from a store room, is the music studio, which is set within a sculptural, sloping form that also holds the main entrance and the staircase. The stairs ascend this slope as they rise up towards the main living area and a long, horizontal band of glass framing a vista of the open landscape, which makes a striking impact as one steps into the private realm of the home. All of the family spaces, including two bedrooms, sit within this part of this elevated part of the house, which floats above the ground plane on a series of
piloti.

The enfilade of spaces begins with an open plan living space that combines the kitchen, dining area and family seating zone, arranged alongside a wall of floor to ceiling glass that slides back to form an open balcony facing the lake view to the west. Beyond this, on the north-western corner, there is a semi-sheltered veranda that sits within the outline of the building. Following the sequence of remaining spaces as they wrap around the open courtyard, there is a bedroom for the Grieg’s daughter plus a bathroom and guest bedroom. Beyond this, a television room on the north-eastern corner forms a natural buffer zone that helps protect the most private element of the house holding the spacious master suite, which includes not only a spacious bedroom but also the master bathroom and a walk-in wardrobe.

The overall footprint of the house is intentionally and purposefully modest. Any impact upon the natural character of the site has been carefully minimised, with very little in the way of artificial landscaping, as well as the sensitive preservation of the existing trees and vegetation. Rather than any grading of the site, the steelframed building adapts to the undulations of the existing topography and the character of the hillside itself. 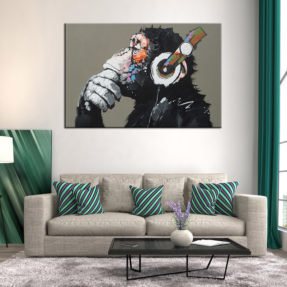