This inspiring single-storey residence located in Austin, Texas, was designed in 2016 by Clark Richardson Architects.

We first met Kathy in typical Hyde Park fashion in a chance encounter on the street in front of another house we had designed in the neighborhood. Kathy and Randy are both native Texans with deep roots in the state. Growing up in Kerrville and Dallas respectively, they bought their home in North Hyde Park in 1986 just one year after they were married. Both graduates of UT Austin, they loved the Hyde Park neighborhood for its scale, walkability and over time their neighbors. So when the two approached Clark Richardson Architects to design a new residence on their existing lot, their overall goal was really to ‘stay put’ amongst the people and the streets that they had grown to love in their life in the neighborhood. They decided to build a new residence on their lot to meet the current needs of their family. Kathy, who had grown up in a unique Jack Stehling designed home in Kerrville, also knew that they wanted their house to be both of the neighborhood both with a twist of modern aesthetics.

Clark Richardson Architects took a staged approach to the design by providing a front living space volume that was one story and gabled and a setback rear two story bedroom volume. The two were connected by a covered screen porch and the secondary spaces of the house like the pantry, laundry and powder room. From the street, in true Hyde Park style, a long porch greets the neighborhood punctuated by more modern vertical windows which penetrate the painted brick portion of the facade up into the vaulted space of the front living room as dormers. The Dowdy’s were interested in using timeless materials and color schemes that were found throughout the neighborhood context. Clark Richardson deployed three materials in the exterior cladding, painted lap siding, brick and vertical all clear cedar tongue and groove.

Visitors approach the front porch and are guided to a recessed cedar clad entry and vestibule before entering the main space. Once inside the space unfolds into an open floor plan arrangement with the living and dining opening to an interior screen porch and linear lap pool which runs the length of the south side of the residence. The two story portion of the residence consists of the master suite on the ground floor and above it two bedrooms and a hidden deck tucked behind the living room volume. A majestic heritage Pecan tree sets the tone for the rear yard providing both shade and visual interest from the bedrooms. 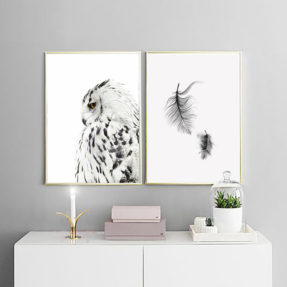 Can Tomeu by Andrea Solé